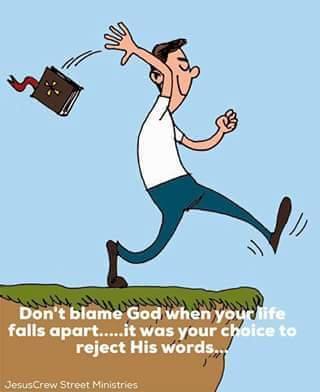 Adoniram Judson was the oldest son of a Congregational minister in Plymouth in the early nineteenth century. He entered Brown University at the age of sixteen and quickly established himself as a brilliant student. He became friends with another brilliant student named Jacob Eames. Judson was a Christian. Eames was an atheist and critic of Christianity and challenged Judson’s beliefs every chance he could. So relentless was Eames that by the time Judson graduated from Brown he had abandoned the teachings of Christianity. He told his parents that he had rejected the Christian faith and embraced the philosophy of his friend. He decided to go his own way and moved out of his parent’s home setting out for New York City to discover the world and the life his parents had cloistered him from.

His journey led him through a small village where he sought lodging for the night at a local inn. The only space available was a room next to a man who was dying. Judson had no choice but to accept that room and to try and ignore the grim noises coming from the dying man’s room. All night long Judson had to endure the moans and cries of the dying man and the countless footsteps he heard of people entering and exiting the dying man’s room as they tried to save the man’s life. As the night slowly crept by, Judson began to reflect upon his life and where he was headed. The question that echoed through his mind was, “Am I ready for what lies on the other side of death’s door?”

In the wee hours of the morning, exhausted, Judson finally fell asleep. At first light Judson woke up, collected his belongings and headed to the front desk to check out. As he went down the steps, he wondered what happened to the dying man. He also wondered what Eames would think of his lapse in atheistic resolve. As he began to pay for his lodging he asked about the dying man. The lodge desk clerk said, “He is dead. He was a young man from the university in Providence…Brown University.” Judson asked him, “What was the young man’s name?” The desk clerk said, “His name was Eames…Jacob Eames.” Judson’s face went white with fear. He walked out of that lodge certain that God had delivered to him a grave warning: “To reject My Word is certain death!”

Judson turned his horse toward his home and returned to his parents and to their faith, seeking theirs and God’s forgiveness. From that day onward Judson devoted his life to spreading the gospel. Eventually he married and he and his wife served as missionaries to Burma, establishing mission organizations that continue to this day to share the gospel.

“God’s Word brings life. Rejecting His Word leads to suffering and death. All of the Bible and all of history bears witness to this truth.”[1] Accepting and obeying God’s Word brings abundant life (See Deuteronomy 30.15-16).

Who Should Read the Bible?

The young – to learn how to live

The old – to know how to die

The ignorant – for wisdom

The learned – for humility

The rich – for compassion

The poor – for comfort

The dreamer – for enchantment

The practical – for counsel

The weak – for strength

The strong – for direction

The haughty – for warning

The humble  - for exaltation

The troubled – for peace

The weary – for rest

The sinner – for salvation

The doubting – for assurance

All Christians – for guidance[2]